Whoop Whoop, i have been lucky enough to have access to a JAgGD by RetroHQ – i have been a long time Atari user and pretty well know in the days of the Atari ST.

I have a pretty good Atari Jaguar collection already i have been collecting over the last 5 years or so, twenty odd games, 4 controllers etc with only a couple of games i have been unable to get hold of over the years.

The biggest issue has been price, like all retro kit there seems to be a massive up surge in demand which unfortantly pushes prices in the realms of ” Errr yeah wont bother with that “. Real shame however thats life and i suppose when you think about it shows there is a good cult following of the Atari Jaguar.

The JagCD , they are like gold dust and the price in the uk are well over £500 to buy one and i have never been able to get hold of one for a price i am willing to pay. Sad thing is if i have the money i have today i would have snapped one up when i was a lot younger.. Although not many JagCD games it did sort of open up the whole home brew scene…….

Thing to note with the JagGD, it does not currently support JagCD games; it may in the future.

I don’t plan on writing war and peace, its not needed as the JagGD is pretty self explanatory. Whole idea is to give a quick overview of using it and a few pictures etc.

Before we start, all the details about the JagGD are at RetroHQ’s website :

The RetroHQ Jaguar GameDrive cartridge allows you to play the full back catalogue of Atari Jaguar games and homebrew directly from a memory card.

The Jaguar GameDrive has full support for all games and sizes of EEPROM (used to save game progress). The EEPROM contents are saved directly to the memory card along with your game, so everything is stored in one place.

You will need to provide a memory card (FAT16 or FAT32 formatted) and your own ROM images (JAG, J64, ROM, BIN, ABS) to play. A selection of freeware games are linked in the resources section below.

The latest firmware for the ORIGINAL Jaguar GameDrive (recognisable by a different label from the one above) can be found below. For the new style Jaguar GameDrive, please follow the onscreen instructions as you boot the cartridge to access firmware updates.

Monday April 20th the post man arrived pretty late; was probably around 5pm. I do know where i have been living the postal service have been doing a great job in the current situation although postal deliveries have been getting a bit later over the last few weeks……

Opened the box and grabbed a 128gig micro SD card, fired up the Dell XPS laptop and the it had to happen my SD reader had given up. I am an Apple Mac person these days however i use the Dell for SD cards when i burn images for RetroPI. Amazon here i come to order one for my MAC which would add another day….

Tuesday April 21st, SD card reader arrived – come back to that in a minute

So out the box is a nice cartridge with nice art work and a small instruction manual, don’t forgot this is beta version so the official may come with a better manual ( no that you need it ) 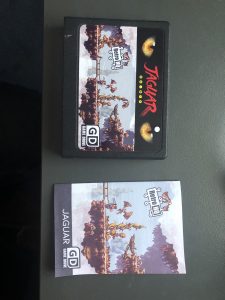 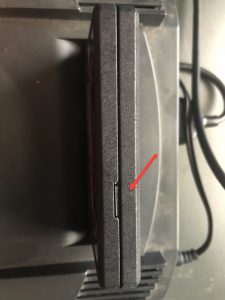 As you can see a micro SD card slot at the top with usual spring loaded mechanism.

There is a ” Getting Started ” section in the manual : 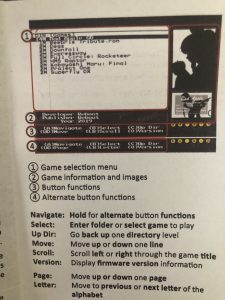 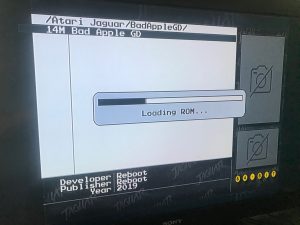 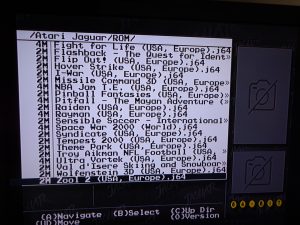 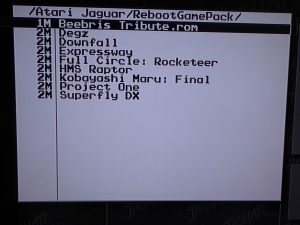 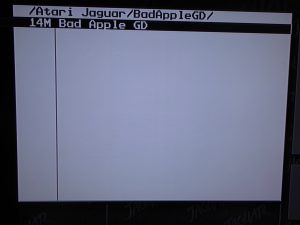 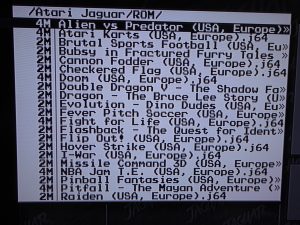 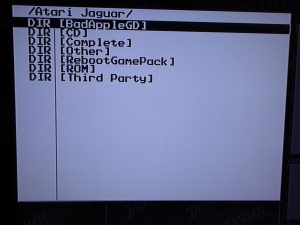 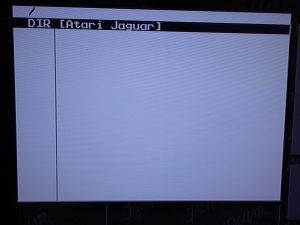 Forgive my rubbish audio / visual certainly not my forte.

The JagGD is a great piece of kit, ok its not the cheapest in the world however its not exactly the most expensive.

Its very easy to use so people should be up in next to no time ( don’t use 128gig SD’s ) with the whole experience as simple as it needs to be.

Certainly opens up the third party and home brew scene and with a bit of luck this might invigorate  a few more people to develop against the Jag. The original Atari 2600 has a sort of cult following with the harmony cartridge so fingers crossed this repeats the same.

Atari Age are going to be dealing with distribution, not sure when this will be. My advice is get on the waiting list as you wont regret this as an addition to the Atari Jaguar…

@SimonRichards0n @rickygervais Well series 3 took me and Tracey over the edge, so sad and so uplifting. Pure genius 👍🥲

@TinaKrogull @VPhilipose 12gig 🤣🤣 take a day to download on my rubbish link….. weekend I think